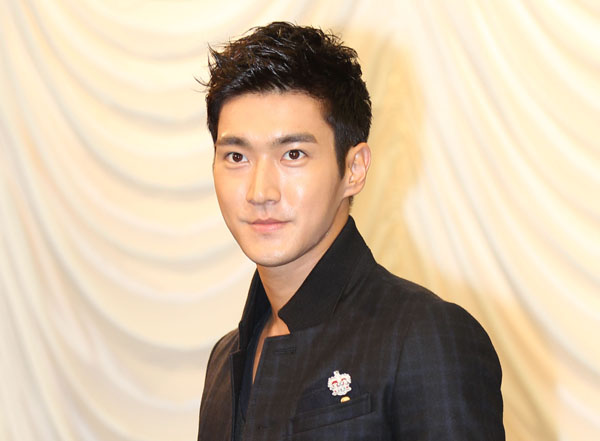 “Happy Birthday! Be always a warrior of light,” Coelho wrote. “When in Europe, pls let me know. BTW your fans are also warriors, they really want to see you happy! Congrats.”

Choi, who has also had roles in dramas and movies, replied that he is a “huge fan” of the 64-year-old novelist and lyricist: “Im in paris now. leave tomorrow to shenzhen in china :) they are all family and everything. I really want to meet you next time. I wish you continued health&happiness. If we meet later I hope you will sign my book. Thank you again for the birthday wishes :).”

Choi and Super Junior were in Paris for their concert “Super Show 4 in Paris” on Friday.

Coelho’s books have sold more than 100 million copies in over 150 countries. By Joo Kyung-don