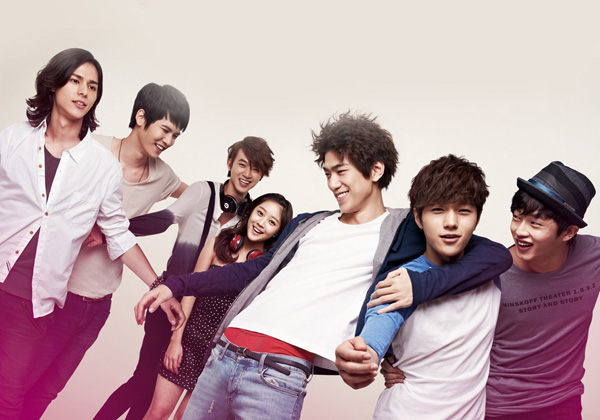 
To launch tvN’s hit drama “Shut Up! Flower Boy Band” in Japan, CJ Media announced that it has an unusual promotion planned.

“The boy band members from the show will appear on the Web site at random hours to surprise fans,” CJ Media said on Saturday.

The promotional event has been planned to coincide with the launch of the Korean drama on Mnet Japan. The popular program will air starting Sunday.

The show is based on the trials, triumphs and love lives of a teen boy band. It is the follow-up to tvN’s “Flower Boy Ramen Shop” and rose to prominence for its cast of “pretty boys.” The tvN program aired from Jan. 30 to March 20 in Korea.