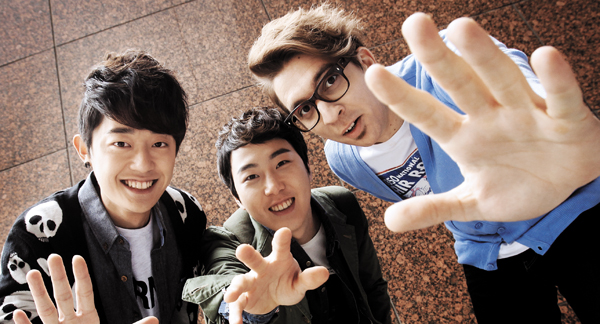 
Busker Busker will perform for the first time in Japan as part of a special concert to be held by the Mnet show “Countdown” in Saitama on April 25.

The band which was runner-up on the third season of reality television singing competition “Super Star K” has also confirmed its planned appearance at “M Countdown Hello Japan.”

“It’s our very first show in Japan, so we are super excited and nervous. We will try our best to make it a show that can unite the audience even though we come from different countries,” the band said.

Other artists set to appear include Yoon Mirae, Miss A, 4Minute, Sistar, Tiger JK, FT Island, Mblaq and U-Kiss along with Japanese acts.

Mnet said that it will frame the event as a diplomatic music festival for Korean and Japanese fans. The show will be co-hosted by Japanese music channel Space Shower TV.

Meanwhile, Busker Busker has been enjoying the spotlight in Korea as its new album was released on March 29 and is doing exceptionally well on the charts.