Kim A-joong to take on Japan

Kim A-joong to take on Japan 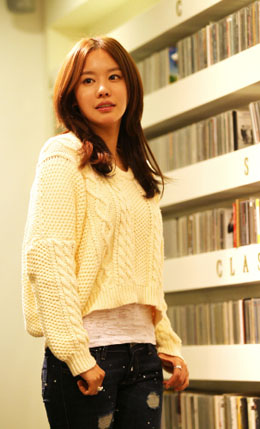 Actress Kim A-joong will hold her first Japanese fan meeting in the form of a special show on June 16 in Shinjuku, Tokyo.

Namoo Actors announced on Wednesday that the “Kim A-joong Live Show” will focus on singing as well as dancing, even though Kim is best known for her acting.

“Kim is currently busy filming the movie ‘My P.S. Partner,’ but every spare minute she has, she is practicing Japanese, singing and dancing for the fan meet,” the agency said.

“The show won’t be just Kim talking. She is determined to prove just how talented she is.”

While special tickets for the Japanese fan meet went on sale on Monday, general tickets can be purchased from May 12.

In the meantime, Kim is also busy preparing to host the 84th annual Paeksang Arts Awards on April 26. She has hosted the awards ceremony every year since 2010. While feeling relaxed about her duties as host, Kim said she was busy trying to find the perfect dress for the event.