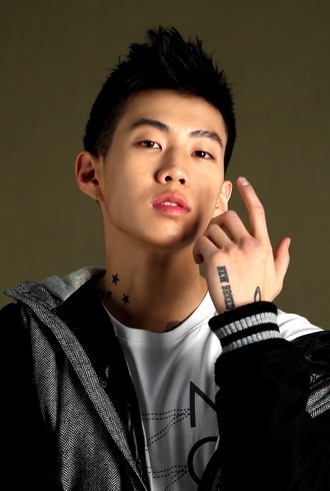 K-pop singer Jay Park took time from his busy schedule on Tuesday to meet fans at one of the most ordinary hangouts for young people in Korea - a PC bang.

A PC bang is a popular haunt for young gamers, mostly male, who compete with each other online, taking advantage of the venues’ super fast Internet connections.

In a picture posted online of the event, Park can be seen signing autographs for male fans inside a PC bang in Jindo, South Jeolla. Park was in the area because he performed at a concert in Jindo on Monday.

Netizens are praising Park for his willingness to take part in such a low-key event despite the fact that he is a busy Hallyu star.

“What a champion,” said one netizen, while another quipped, “Funny that, all those who lined up are males.”

Park’s newest album “New Breed” has sold more than 88,000 copies to date since it was released in February.