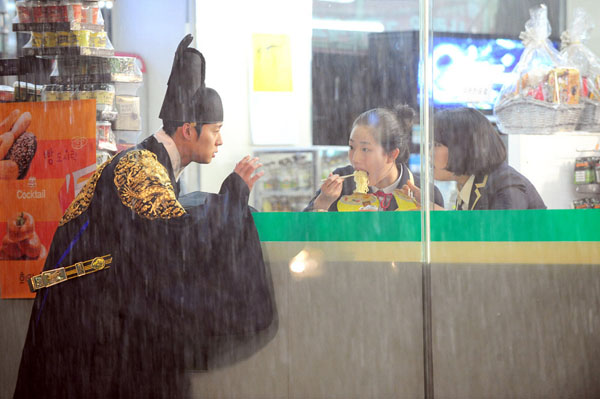 
Due to Assembly elections on April 11, SBS cancelled the seventh episode of its Wednesday and Thursday night drama, “Rooftop Prince.”
The network had promised viewers that instead, on April 12, episodes 7 and 8 would be shown back-to-back.

However, early on April 12, SBS announced that it would just air episode 7 and not 8. SBS did not post any reason for the sudden cancellation except to say that on Thursday night, it would adhere to the standard TV schedule.

Netizens were disgruntled about the network’s decision stormed the online forum of SBS to protest.

“What a disappointment! And what exactly is the cause for the cancellation?” asked one fan, while another said, “Oh well, I guess it’s better than not being able to see any.”