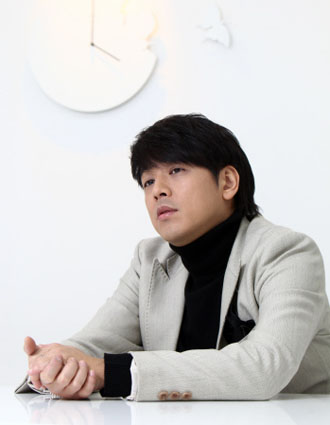 Actor Ryu Si-won put on a brave face as he returned to the set of his new drama, “Goodbye My Wife” on April 11.
Although filming at Paju in Gyeonggi was originally set for April 9, the date was pushed back when news of the Hallyu actor’s divorce surfaced on the day.

“Ryu seems a bit unsettled, but despite his personal life, he maintained his professionalism while filming,” said a representative from the drama series.

On April 9, Ryu’s crumbling marriage was brought to the public’s attention.
“The divorce application was filed on March 22, but no date for the case has been set yet,” said a source from the local channel.
Then on the following day, an attorney for Ryu’s wife appeared on SBS’s “Good Morning,” and said that his client Jo Soo-in was demanding full-custody and didn’t want to reveal the reason “as a sign of respect to her former partner.” The couple wed in 2010 and Jo filed for divorce after 18 months and one child later.

Meanwhile, Ryu’s agency maintained that Ryu was trying his best to keep his family together and to avoid divorce for the sake of his young daughter.