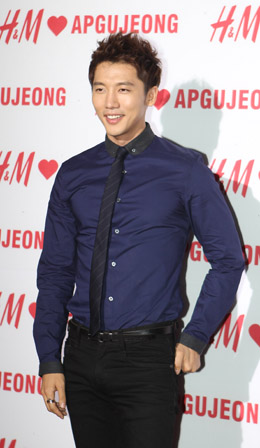 Actor Gi Tae-young is set to delight Japanese fans in June when he will conduct his second-ever Japanese fan meeting.

The upcoming meeting will take place in Tokyo on June 15, and Gi will take to the stage to perform various acts for the audience.

In another drama, “Creating Destiny” (2009), Gi met his current wife Eugene of girl band S.E.S. The two dated for about two years before getting married in July of last year and are a high-profile couple in the entertainment industry. Back in March, Eugene appeared on KBS 2TV’s “Star Life Theater,” and viewers were treated to a tour around the couple’s home.

In the TV episode, Eugene showed off her flair for interior design around the home. The star also showed viewers the script from the drama where she and Gi met for the first time.