Sunny Hill gets a sex change

Sunny Hill gets a sex change 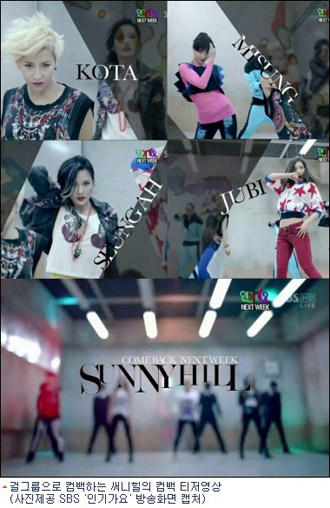 Sunny Hill, which used to consist of four girls and a male member, have decided to restructure the group, adding an additional female after the male member, Jang-hyun, left for the army in January.
Until this most recent development, the band has been active as a quartet and promoting “The Grasshopper Song.”

“Sunny Hill will kick off its new cycle as a five member girl group with a new song entitled, “Is the White Horse Coming?”
The new song is described as an electro number featuring more of the band’s characteristic witty and no-nonsense lyrics.

On April 15, Sunny Hill released a teaser for the new song on SBS’s “Popular Songs.” The tune will be released online on April 20 through various music Web sites.