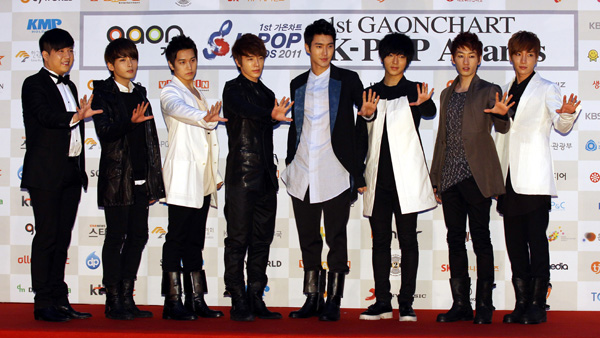 
Super Junior continued its “Super Show 4” world tour in Shanghai on Saturday, performing in front of some 10,000 fans at the Mercedes Benz Arena and speaking in Chinese throughout the night.

The show was packed with special effects and theatrics including the use of lasers beams and wires that propelled the band members into the air well above the stage.

It was the boy band’s second time performing at the newly-built Shanghai venue, proving once again how popular the Korean group is across the Yellow Sea.

Hit songs “Super Man,” “Beauty” and “Sorry Sorry” were included on the set list and members showed off their individual talents with piano recitals, dance-offs and solo ballads. A total of 35 songs were sung on Saturday.

Super Junior headed to China after the April 9 show in Paris that drew over 7,000 fans from across Europe. The next leg of the world tour will take the group to Indonesia on April 28.