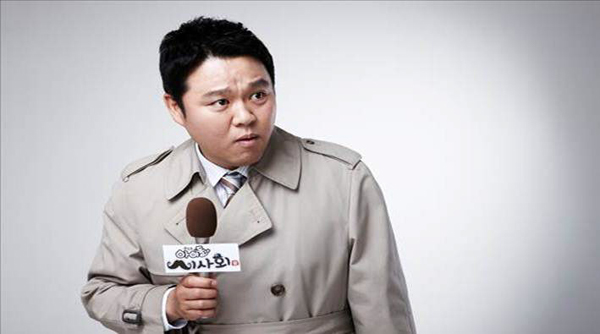 
Comedian and TV show host Kim Gura has apologized to the public and announced he is taking time off from television after a controversial comment he made over the radio some 10 years ago went viral.

In 2002, Kim likened “comfort women,” a euphemistic reference to Korean women forced into sexual slavery for the Japanese military during World War II, to prostitutes.

“To see prostitutes getting onto a chartered bus is a first since the comfort women,” Kim had said while hosting a satirical internet radio program.

Kim issued an apology on Monday after a netizen reposted his comment online.

“I’m so sorry to all who have been upset by my comments,” Kim said in the statement.

“I will take this time away from the media to reflect on my wrongdoings and again I’m sorry and thank you for supporting such an undeserving person like myself.”

As Kim is currently the host of eight TV shows, his departure may pose potential disruptions.