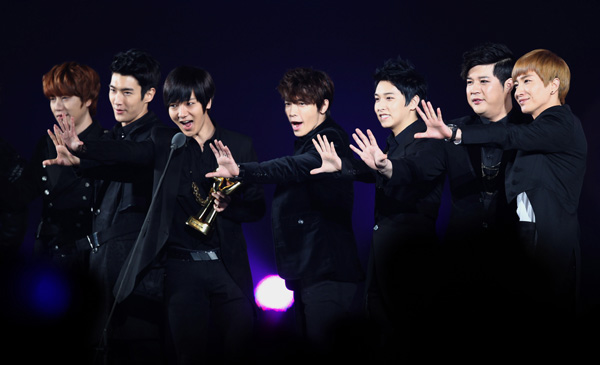 
Just two weeks ahead of the scheduled concert, Super Junior has pulled the plugs on its Australian tour. According to the company overseeing the production on Tuesday, “Super Show 4” will no longer be touching down under due to a sudden illness of the show’s director based in Australia.

JK Entertainment apologized to fans online and canceled the show which was to be held at Sydney AllPhones Arena on May 5.
“The show director suddenly fell ill and had to be hospitalized, which means the show was unable to go on,” said a representative from the organizers.
Meanwhile other sources have said that the illness was in actuality a car accident and that currently, the director was fighting for his life.
On the day the announcement was made, the company started refunding the tickets to those who had already purchased tickets.

Fans who were eagerly awaiting the band’s first Australian concert were disappointed by the shocking announcement and many left frustrated posts online on the production company’s Web site.

Meanwhile SM Entertainment has not made an official statement on the incident. Insiders say that although the band’s agency tried to look for a substitute production company, two weeks was simply too short a length of time to find one.