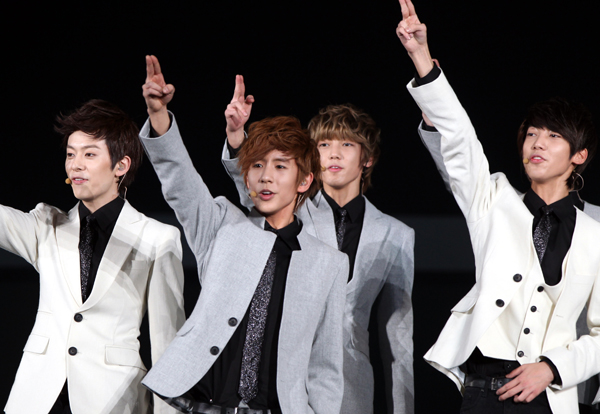 
Newbie six-member boy band Boyfriend has its sights set on wooing Japanese fans. The band, which made its debut in Korea last May with the single “Boyfriend,” says it will officially begin promotions in Japan starting this summer.

In preparation for its debut, the band recently launched a Japanese Web site, boyfriend-jp.com. Its Japanese debut album “We Are Boyfriend” will be released on June 6 and will contain seven tracks, six of which have also been released in Korea.

In another remarkable move, the band will hold a special fan meeting called “First Date with Boyfriend in Japan” at the Budokan on June 30. The promotion is set to garner much attention, as the Budokan is a famed concert hall usually hired out by big names. The event will give the band the opportunity to meet and communicate with its Japanese fans.

The teenage idol group is no stranger to creative strategies. Last December, Boyfriend surprised Korean fans with pictures of its members inserted into 300 randomly-selected CDs of the group’s third single, “I’ll Be There.”