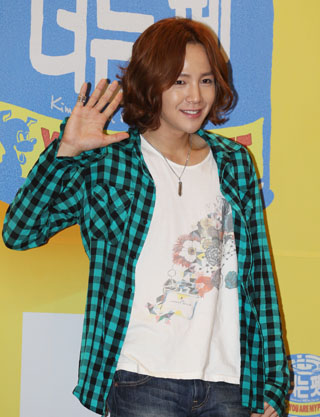 Hallyu actor Jang Keun-suk’s name has been used in an investment scheme by a producer who desperately needed money to prop up his ailing business.

According to the Seoul Central District Court on Friday, the producer surnamed Park told an investor that he was collecting money for a DVD project that would feature Jang and promised the investor a 30 percent share of the profits. He then collected 150 million won ($131,700) from his victim.

In addition to the investment, Park fooled the victim into giving money that would supposedly be used to buy birthday presents for Jang and his mother, the court said.

Yet contrary to what the investor thought, the police found that Park had not signed any contract with Jang’s agency to produce a DVD and that Jang had no knowledge of the project. The investor is now suing Park for the amount he gave.

Jang’s music has topped the Oricon charts and he has stared in popular dramas. Recently, he was nicknamed the “Prince of Coffee” after winning a Caffe Bene endorsement deal.