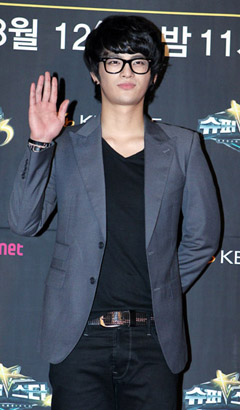 Singer Seo In-guk has opened up about his struggle with bulimia that started after he was admonished for his weight by judges at an audition for JYP Entertainment.

“At the initial audition, they said that I should lose some weight,” Seo said in an episode of YTN’s “News and Issue ? Issue and People” that aired on Thursday. “From that point onward, I became obsessed with weight loss. After every meal, I’d vomit so that I could lose weight.”

When he lost enough weight, the 24-year-old singer said he went back to the agency only to be rejected again.

“They said that although I’d lost weight, my singing had worsened. I presume it was because I damaged my vocal cords due to all the vomiting.”

Despite the setback, Seo said he went on to audition for “Superstar K” and his win on the program back in 2010 helped him regain his self-confidence.