2AM fuels launch of single with fan meet

2AM fuels launch of single with fan meet 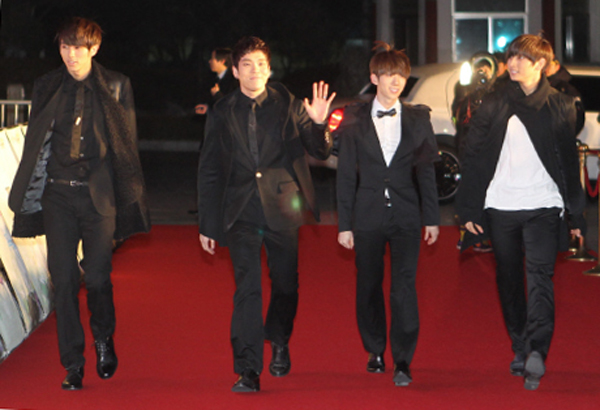 
2AM held a special fan meet in Tokyo on April 22 to mark the launch of its second Japanese single, “You Wouldn’t Answer My Calls.”

The event was attended by more than 6,000 fans over four sessions, and consisted of a talk show and mini-concert, as well as a question and answer forum and quiz contests.

The song of the hour was also performed and in the final session the band threw in a performance of its current Korean hit, “I Wonder if You Hurt Like Me.”

“You Wouldn’t Answer My Calls” was released in Japan on April 11 and rose to the No. 5 spot on the Oricon weekly chart.

Meanwhile, 2AM and 2PM are awaiting the June release of “Beyond the One Day,” a documentary movie based on the two bands.