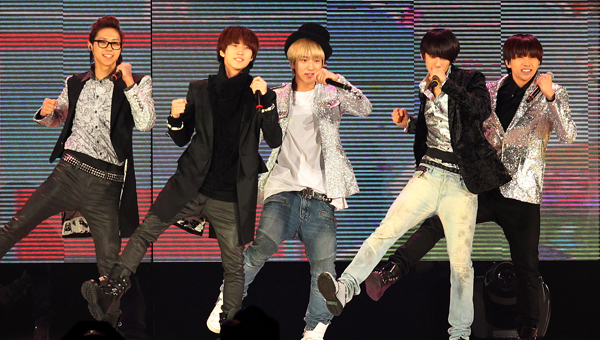 
Fans of B1A4 have rented out electronic display signs to congratulate the band on its first anniversary since its debut.

The congratulatory message is currently placed on a bustling street near a cinema and department store near Gangnam Station in southern Seoul.

The video will play once every five minutes for 20 seconds until midnight on April 25.

Meanwhile, the band has also taken the time to thank its fans on its official fan Web site. “The last year spent with you all has been amazing. Thank you all so much,” it said.

The band is characterized by its kooky behavior that sets them apart from other idol groups.