KARA sells mini versions of itself

KARA sells mini versions of itself 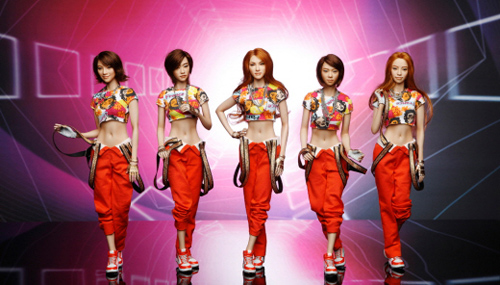 KARA has become the first K-pop girl group to have its own line of dolls for sale.

The 12-inch statuettes of the lady troupe members went on sale from Tuesday, either as a combined pack of all five members or sold individually.

The dolls are dressed in the outfits that KARA wore while promoting their hit song, “Mr.” The song, released in 2009, propelled the girl group into Hallyu fame.

Initially, the dolls will be sold as a limited edition in Korea and exported overseas.

“We anticipate great sales both domestically and overseas, especially in Japan, where they are crazy about the band,” said a representative from the group’s agency.

In Japan, the Korean girl group is reportedly unstoppable, as they have signed one product endorsement after another. Currently, the girl group represents a soy-based snack and will also launch its own line of fragrances this month.

On April 14, the group also embarked on the Japanese leg of its world tour “KARASIA.”