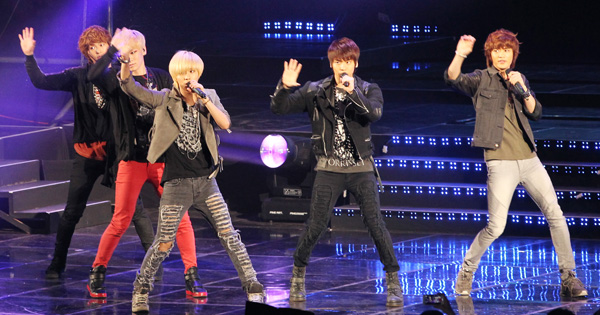 
The recent performance of SHINee’s new EP “Sherlock” in Taiwan is proving what the group’s members already knew about themselves - Their popularity isn’t limited to Korea.

Meanwhile, SHINee is currently touring Japan and will perform from today until Saturday in Nagoya. It already held concerts in Fukuoka on April 25 and in Hokkaido on Sunday.

The tour will continue until July 1 and will eventually encompass a total of 20 concerts in seven cities.

The original tour consisted of 14 performances, but the group’s management decided to add six more shows after tickets for the planned concerts sold out almost instantly.