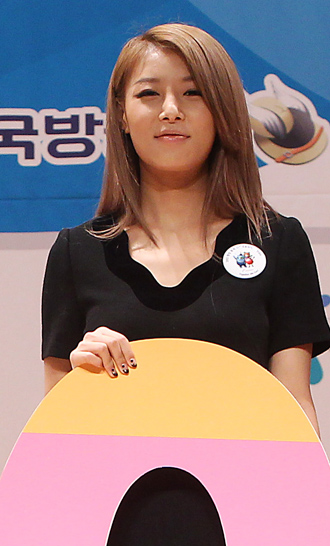 Wonder Girls’ Kim Yu-bin has made it onto “The 25 Sexiest Musicians Under 25” list compiled by U.S. music magazine Complex Music, as the only K-pop star to have made the cut.

The 23-year-old landed the 20th spot on the list and was described as the Korean girl group’s “replacement for former member Hyun-a.”

Kim was credited as “an adorable lyricist,” having written songs including “Sweet Dreams” and “Me, In,” for the Wonder Girls and several for other groups. Other musicians included in the list include Rihanna, Taylor Swift and Selena Gomez.

The Wonder Girls debuted in the United States back in 2009 with the song “Nobody,” and Kim captured Americans’ attention as the “sexiest” member of the girl group. In the U.S., she is the most popular band member.

Last month, Kim joined her fellow band members to attend the 2012 Nickelodeon Kids’ Choice Awards. The girls rubbed shoulders with some Hollywood heavyweights including Justin Bieber and Taylor Swift, and even the first lady, Michelle Obama. By Carla Sunwoo