Big Bang comes out on top in Italy

Big Bang comes out on top in Italy 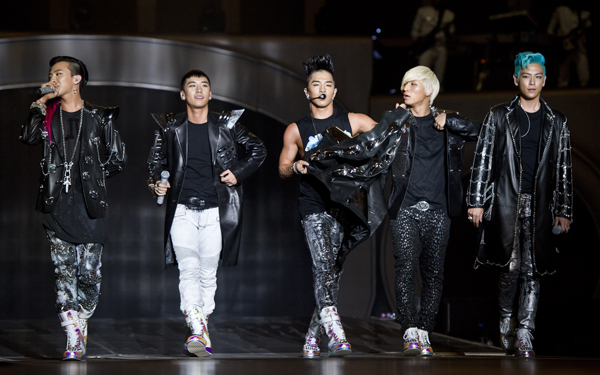 
Big Bang won the Best Fan award at the 2012 MTV TRL Awards in Italy on Saturday, becoming the first Asian group to do so.

According to YG Entertainment, Big Bang edged out artists like Avril Lavigne, Emma, One Direction and Alessandra Amoroso after gaining the most online votes from worldwide music fans.

“We are very happy and feel honored to have received the award,” Big Bang said through YG Entertainment yesterday. “We really appreciate fans around the world for supporting us.”

The MTV TRL Awards’ began in 2006 to honor Italy’s most favored artists and their music videos. Big Bang’s win there is the latest evidence that the group has been broadening its appeal among European fans. The boy band previously won Best Worldwide Act at MTV’s 2011 Europe Music Awards.

Meanwhile, Big Bang is scheduled to meet 150,000 Japanese fans during its Arena Tour that will start on May 17 with stops in Nagoya, Osaka, Saitama and Fukuoka.