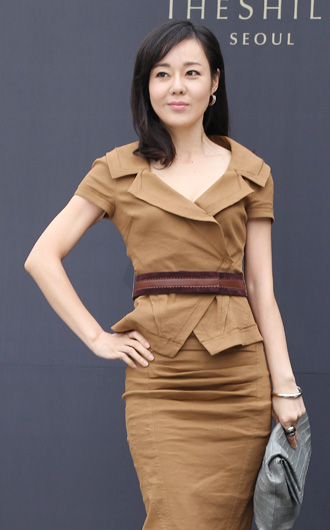 Kim Yun-jin, a Korean actress based in the United States who is best known for her role on “Lost,” will walk down the red carpet at the Cannes Film Festival on May 16. Kim has been invited to the 65th annual film festival by the event’s sponsor, L’Oreal Paris.

The cosmetics brand, which has sponsored the international festival for the past 15 years, said on Monday that Kim will act as a Korean representative of the brand and take part in special events alongside other models and actresses.

During the festival, L’Oreal’s “Beauty Artistry Team” will dress and groom international stars present for the film screenings. Kim will be on of the team’s subjects and will be primped by experts in makeup, hair, skin, nails and fashion.

This year will be Kim’s first time in Cannes, and she said she is very much looking forward to the festivities on the French Riviera.