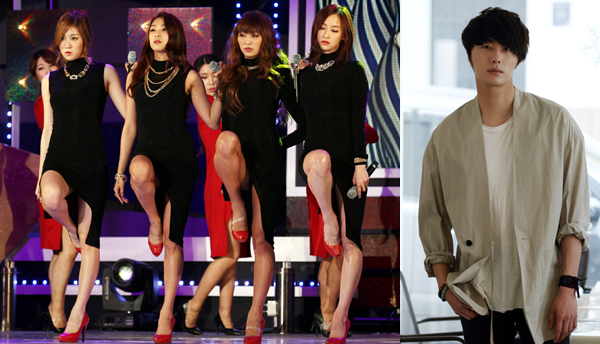 
Girl group Sistar and actor Jung Il-woo joined forces to shoot an advertisement for the cosmetics brand Holika Holika, which the two parties model for.

Sistar has been the face of the brand’s line of products for women, while Jung has promoted the men’s product range.

A shot of the collaborative photo shoot surfaced online on May 8, in which the entertainers looked as if they were having a good time together.

Sistar’s song “By Myself” is currently performing well on various Korean charts.

Meanwhile, Jung has been promoting himself since the hit show “The Moon Embracing the Sun” came to an end. Last month he attended a Korea-Japan Diplomacy Festival where he conversed with and sang for his fans.