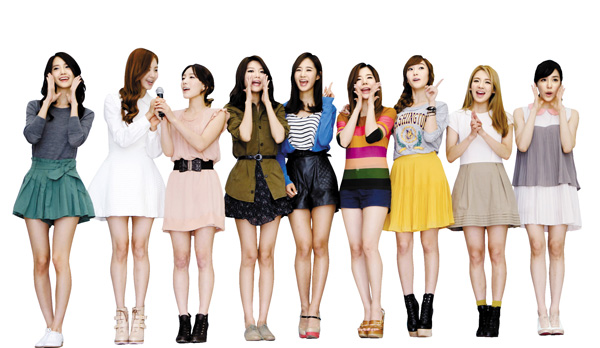 
Jessica and Tiffany of girl group Girls’ Generation admitted on an episode of KBS 2TV’s “Happy Together” to be aired on May 10 that they still get butterflies when performing.

She also confessed that when the band was promoting the song “Hoot” in 2010, she managed to flub the lyrics in appearances on three different channels.

“Despite the fact that I’ve been on stage countless times, I still get stage fright,” said Jessica.

Tiffany also sympathized with her band member by adding, “You know, recently I’ve been performing as part of TaeTiSeo [a subunit trio comprising of Taeyeon, Seohyun and Tiffany]. My hands and legs were so shaky on stage.”

Tiffany also said that when TaeTiSeo came off stage after a performance, she noticed Taeyeon’s hands were also shaking.

“We’ve been doing this for more than five years, but regardless, it’s still nerve-wrecking,” said Tiffany.