Kim Jang-hoon to swim to the islet of Dokdo

Kim Jang-hoon to swim to the islet of Dokdo 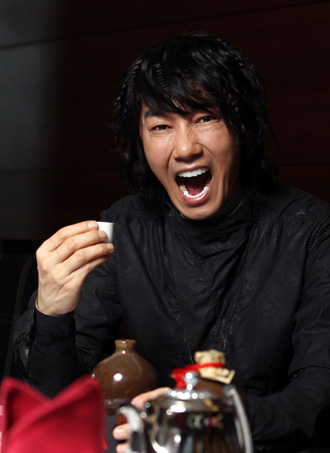 Singer Kim Jang-hoon has set a new challenge for himself: to swim the 215 kilometers from the coast of Jukbyun in North Geyongsang to the islet of Dokdo on Aug. 15 to mark Korea’s National Liberation Day.
The entertainer, who is sponsoring the “8.15 Dokdo Crossing” project, said that as well as supporting the project financially, he wants to offer his body to it as well.

The event’s organizers from Korea National Sport University said that Kim’s support has been crucial this year.
“Our swimmers are set to swim from Jukbyun to Dokdo to reiterate the fact that the islet belongs to Korea! We could think of none other than Kim to head the movement,” said Professor Choi Kang-jin from the university.

Kim will undertake training for the remaining three months in order to keep up with the students. The swimmers will depart on Aug. 13 in order to arrive by the 15th, which is the day that Korea was liberated from Japanese colonial rule back in 1945.

Kim has been involved with Korea’s territorial claim over the islets for some time. Earlier this year, he placed posters to raise awareness of the nationalist issue in 16 cities throughout the world.