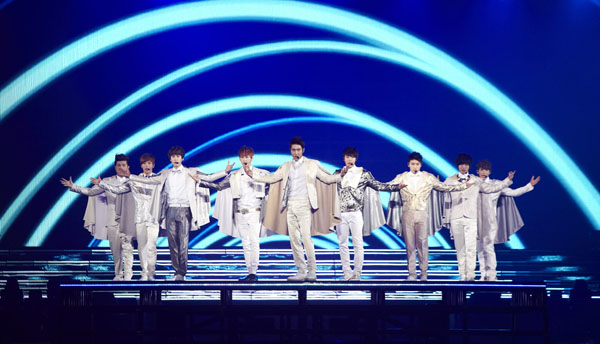 
Hallyu group Super Junior again proved its force by performing to a packed-out house at Tokyo Dome in Japan over two days on May 12 through to 13.

“Super Show 4” brought more than 110,000 fans inside despite the fact that the band had never officially debuted there.
This is the second time, since the band’s performance at Kyocera Dome in Osaka last December, that the band has performed a sell-out tour in Japan.

There was some fierce competition among Japanese fans to secure the tickets. More than 400,000 battled it out for the tickets as soon as they went on sale. Originally, the band was to perform just on the 12th, but to meet surging demands, they had to hold one more show.

The next stop on the band’s tour is Seoul. The boy band will perform two shows from May 26 to 27 at Olympic Park in eastern Seoul.