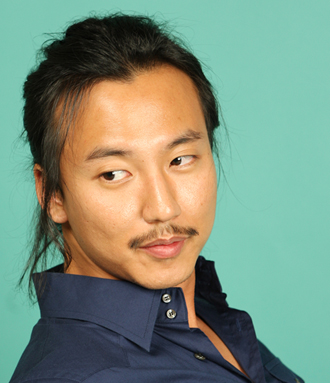 Despite the fact that he is out of the spotlight fulfilling his mandatory military service, a festival is being held in Japan to celebrate the works of Hallyu actor Kim Nam-gil.

Japanese film distribution company SPO announced that from June 2 to 22, Cinemart Roppongi in Tokyo will host the “Kim Nam-gil Festival 2012 - Countdown to Discharge.”

As fans eagerly await Kim’s release sometime in July, they will be treated to numerous viewings of Kim’s finest works including movies “No Regret” (2006), “Beauty Drawing” (2008) and “The Eve of Storm” (2010).

Out of the many films to be screened during the three-week event, “Modern Boy” (2008) and “Eve of the Storm” (2010) will be screened in Japan for the first time.

Kim made his debut through the KBS network back in 2003 as an actor. He rose to fame through the hit drama “Queen Seondeok” (2009).
By Carla Sunwoo