Hallyu star to be treated as a state guest in Iraq

Hallyu star to be treated as a state guest in Iraq 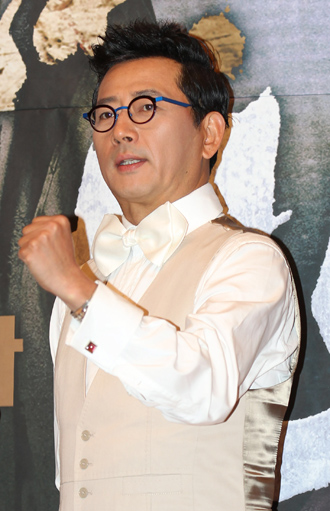 Actor Jeon Gwang-ryeol has been invited to Iraq by the nation’s Ministry of Foreign Affairs and Trade, at the special request of First Lady Hero Ibrahim Ahmed who is a big fan of a drama of Jeon’s, “Heo Jun.”
Jeon will make his stately visit on June 12, and stay in the Middle Eastern nation for four days where he will attend various events.

“As well as meeting with the First Lady, he will attend signing events and possibly give a university lecture and visit a hosptial. Due to the surging popularity of ‘Heo Jun,’ in which Jeon played the role of a court physician, the hospital really wants Jeon to make a visit,” said a representative from Jeon’s agency.
As the Hallyu star is currently starring in the drama “Light and Shadow” the actor has asked permission from MBC for the four-day visit and will return as soon as possible on June 16.

There is great interest in Korean dramas in Iraq at the moment and especially the period drama “Heo Jun,” in which Jeon took part back in 1999-2000.
By Carla Sunwoo [carlasunwoo@joongang.co.kr]