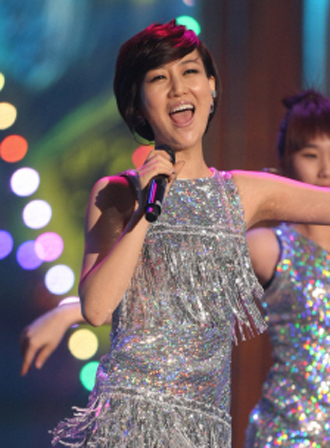 Trot singer Jang Yoon-jung’s music video to her hit-song “Call the Soul” has been banned on three terrestrial networks - MBC, SBS and KBS - as it was deemed unfit for viewing by those under 15 years of age.

The networks stated that the video contained violence as well as illogical, supernatural themes deemed “contrary to science.”

The music clip focuses on a tragic death of a beloved, prompting her bereaved lover to recruit the help of a female shaman to perform an exorcism in a bid to bring back his girlfriend’s soul.

What made the clip more controversial was the fact that a famed exorcist did take part in the video, and an actual exorcism ritual was really filmed.

Meanwhile Jang’s agency is defending the singer’s decision, saying, “The song contains elements of traditional folklore and to keep it real, we decided to film a real exorcism,” said a representative from Jang’s agency.

The agency added that it will re-edit the video and appeal for a second case so that the video may be shown on TV.