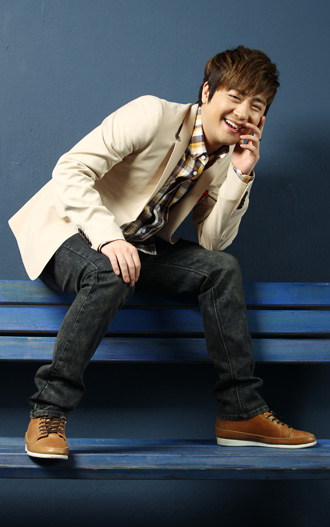 Trot singer Park Hyun-bin is set to prove that three times is indeed a charm with the release of his third Japanese single on June 27. The song, entitled “Trust Oppa,” is being released in Japanese due to demands. With the song’s launch, the singer will also make his way around the nation, performing various showcases and meeting with fans.

A May 17 post on Park’s official Web site explains that the song is one that “President Lee Myung-bak used during his campaign.” Lee was not available to confirm.

Back in December, Park held his first solo concert in Shinagawa, Tokyo, where more than 1,000 Japanese fans attended.

The singer made his debut in Japan in the spring of 2011, and his two single albums, “Shabang Shabang” and “Gondre Mandre,” went on to reach the No. 1 spot on the Enka chart, which ranks Japan’s popular music. Currently, the singer is promoting a ballad song titled “Hourglass” in Korea.