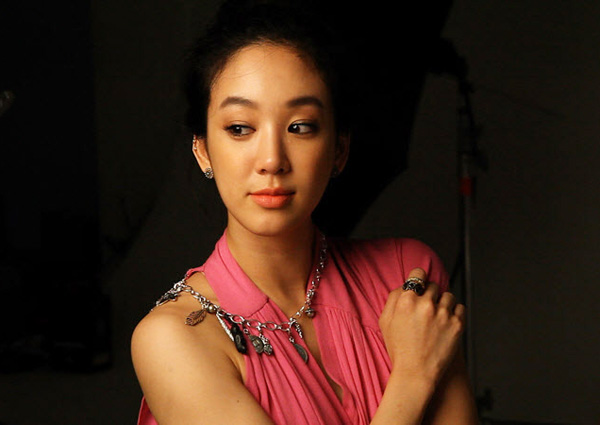 
Actress Jung Ryeo-won was invited to a gala dinner hosted by Crown Prince Frederik and Crown Princess Mary of Denmark on Monday night.
The high-class event was held at Shilla Hotel in Jangchung-dong in central Seoul and was attended by various key figures from Korean politics and the business sector.

Ever the fashionista, Jung rocked a blue unbalanced dress, giving Princess Mary, who is renowned in Europe as a fashionista herself, a run for her money. Jung was seated at the same table as the royal couple and was seen conversing with them throughout the night.
No doubt Princess Mary and Jung had a lot to talk about starting with Jung’s involvement in increasing awareness for Denmark as she is the face of the Danish jewelry brand Pilgrim in Korea.
Another topic of the night could have been Australia, which is Princess Mary’s homeland, a place where she also met her royal beau, and also a time of short-term residency for Jung who studied there.

Of the night Jung said, “I’ve always had an interest in Denmark due to ‘Pilgrim,’ and it was such an honor to be invited by the royal couple. I am looking forward to taking a more active part in increasing awareness for the jewelry brand.” Meanwhile the Danish royalty were in town from May 10 until 15 and took part in promoting their country at the 2012 Yeosu Expo.
By Carla Sunwoo [carlasunwoo@joongang.co.kr]