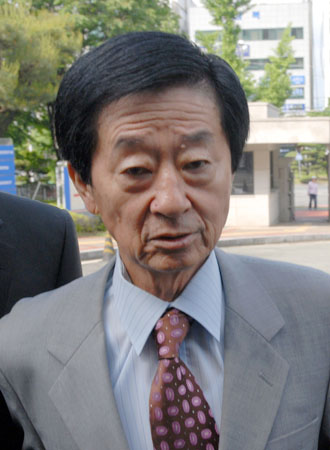 CHANGWON, South Gyeongsang - Investigators have found a large sum of suspicious money in a bank account tied to the elder brother of the late former President Roh Moo-hyun and traces of dubious transactions with the account, a prosecutor said yesterday.

According to the special unit of the Changwon District Prosecutors Office, the prosecutors have discovered tens of billions of won in the bank account of an alleged money manager of Roh Geon-pyeong, elder brother of the late former president.

“We made the discovery of suspicious transactions while investigating Roh’s graft and embezzlement charges,” said Lee Jun-myeong, a senior prosecutor of the Changwon District Prosecutors Office, said. “So, we have to check on the matter.”

The discovery of the suspicious money was made during the prosecution’s investigation into allegations that the 70-year-old elder Roh had received kickbacks to influence the awarding of a land reclamation project to a developer in 2007 when his younger brother was still in office. Prosecutors accused him of having received about 940 million won ($803,419) in return for helping a developer win the project in the southern port city of Tongyeong, South Gyeongsang. 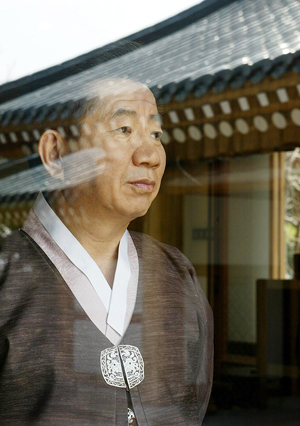 Roh was also accused of embezzling a large sum from electronic component manufacturer KEP. The prosecution suspected that Roh is the actual owner of KEP and he embezzled 1.4 billion won from the firm.

Roh was questioned twice by the prosecution last week and an indictment is expected to be made later this month. Roh reportedly denied all the charges.

While looking into the graft scandal and the embezzlement case, the prosecutors found that deposits and withdrawals were made to and from the bank account tied to Roh’s suspected money manager.

“Suspicious transactions continued for three years until May 2008,” Lee said. “Because it will be made public as evidence in a courtroom after we file an indictment against Roh, we’ve decided to confirm it. It’s not something we will just ignore.”

According to the prosecution, the transactions were not reported to the Financial Intelligence Unit.

Asked about the specific amount of the sum, Lee only said, “It totals tens of billions of won.” Asked if it was over 50 billion won, Lee first said, “No,” but then said, “I don’t know. I could not calculate them all.”

While disclosing the finding on the eve of the 3rd anniversary of the former president’s suicide, Lee stressed yesterday that the case had nothing to do with the younger brother.

“The money has nothing to do with the former president or his family,” Lee said. “This happened because of the actions committed by those who used the late president with extremely bad intentions and what they have done deserves to be criticized.

After winning the presidency in December 2002, Roh Moo-hyun served in office from February 2003 till February 2008. He killed himself on May 23, 2009 amidst a widening corruption investigation into his family.

It is not the first time that the presidential elder brother faced a corruption probe. Roh Geon-pyeong was convicted in January 2010 of taking bribes in a 2006 bank takeover and began serving a prison term. He was released under a presidential pardon in August 2010, but soon faced another investigation into a graft allegation.