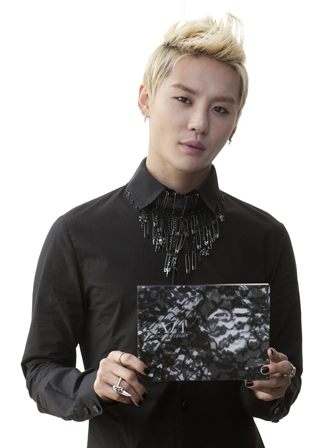 According to Japanese iTunes on Friday, the album entitled “Xia Tarantallegra” overtook Justin Bieber and Lady Gaga to take the coveted spot on the iTunes Album Chart.

The singer is hugely popular in Japan, and fans there put their names down on a waiting list to purchase the album even before its official release date.

The album also became the most ordered in May on Tower Records’ and Amazon Japan’s Web sites.

“As the singer has been active in Japan until recently, his popularity is just surging,” said a representative from Kim’s agency, CJeS Entertainment.

In Korea too, the album has topped various charts and is being heralded as a well-made album by critics, who praise its new and original sound that is not characteristic of K-pop.

At a press conference last week, Kim said the theme of his album is “androgynous wizard.” He has taken to cross-dressing to promote it.