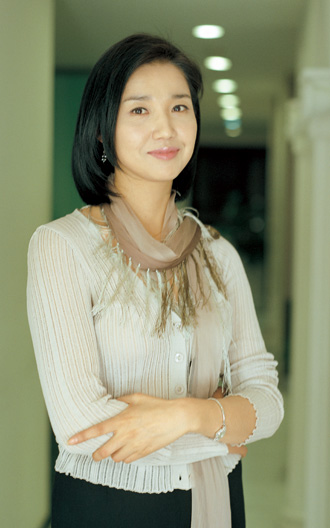 Talk show host Park Jung-sook and newly minted Saenuri Party lawmaker Lee Jae-young got married on Saturday, with 50 of their friends and relatives attending the ceremony.

The two originally planned to hold their wedding in late May or June but moved up the date to accommodate Lee’s political career.

Park, 42, made her television debut in 1994 on the SBS show “Go Morning Wide,” and then hosted various other programs. She also acted in the hit MBC drama “Dae Jang Geum” in 2003. She is currently a visiting scholar at Kyunghee University, a position she holds while hosting EBS’s “Talk N Issue.”

Lee, 37, was selected as a proportional representative for the Saenuri Party in this year’s legislative election. He also works for the World Economic Forum.

Park was introduced to Lee by a college friend last November in Busan, and the two started dating.

The couple will honeymoon in Yeosu, South Jeolla, to enjoy the 2012 Yeosu Expo.