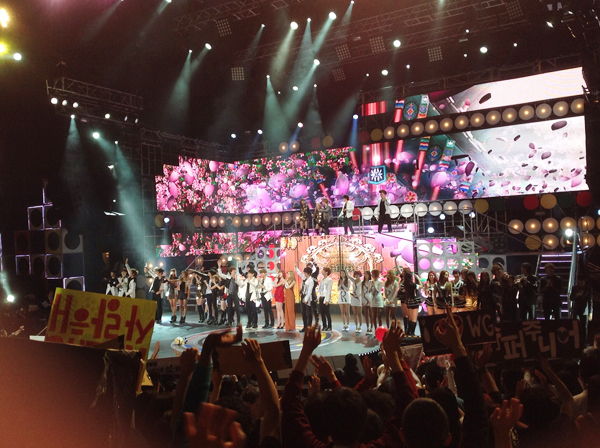 On Monday, K-pop giants flocked to Google headquarters near San Jose, California, for a three-hour performance that coincided with YouTube’s seventh birthday.

The performances by Girls’ Generation, Super Junior, TVXQ, Wonder Girls, Kara, Beast, Sistar and MBlaq brought in some 22,000 K-pop fans to the venue. The show was co-hosted by Google and MBC and was streamed live via YouTube.

More than 3,000 Google and YouTube employees also chose to watch the show and one worker, Jacque Herbert, said that workers at the Internet giant are fans of K-pop.

“There is not a Googler who is not aware of the growing popularity of K-pop,” Herbert said.

The fact that the day of the concert was YouTube’s seventh birthday made the show even more memorable.

“There’s no better way to mark the company’s seventh birthday than a K-pop concert. It’s a worldwide trend that blends perfectly with YouTube,” a representative from Google Entertainment said.
By Carla Sunwoo