Kim Jang-hoon on brink of bankruptcy

Kim Jang-hoon on brink of bankruptcy 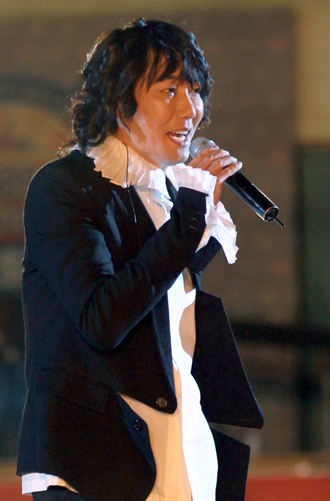 Singer Kim Jang-hoon, an outspoken activist for “comfort women,” a euphemistic reference to Korean women forced into sexual slavery by the Japanese military, and Korea’s claim over Dokdo islets, is on the brink of bankruptcy.

Kim’s agency announced yesterday that the star is in financial trouble because he is committed to too many causes.

“In order to raise enough money for the upcoming ‘8.15 Dokdo Crossing’ project as well as another donation to give out rice to more than 1.2 million people, Kim will have to make his rounds at club and adult venues around the country,” said a representative from Kim’s agency.

Despite the fact that Kim spent most of this month taking part in 30 different events where he was asked to perform, his expenses are thought to outweigh his earnings from appearing at the functions.

The agency representative said that Kim’s debt amounts to some 700 million won ($592,808) at the moment.
By Carla Sunwoo