Lee Dong-gun to return to K-dramas

Lee Dong-gun to return to K-dramas 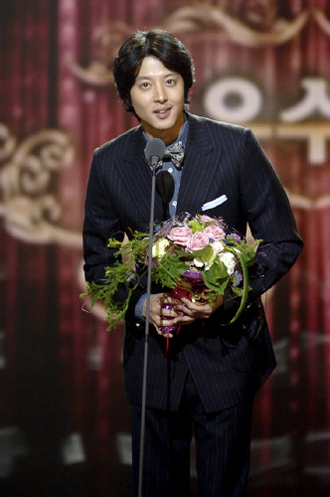 After 21 months serving in the public relations department of the Ministry of National Defense, actor Lee Dong-gun is set to return to the K-drama scene this fall when he stars in “The Secret Lovers.”

This will be Lee’s first acting role since starring in the 2008 drama “Night After Night.”

Lee was discharged from the Army on Mar. 28 and said he had originally chosen to star in the drama “I Can’t Lose,” but due to a delay in its production, he opted for “The Secret Lovers” instead.

Sports Seoul reported that Lee will be the protagonist in the drama based on the 2009 film “7th Grade Civil Servant” starring Hallyu actress Kim Ha-neul.

The script will be written by Chun Sung-il, who also wrote the script for the movie.

The plot of the drama adaptation is based on the comic happenings that unfold when a civil servant catches a corporate spy.

“The Secret Lovers” is set to air in September on MBC following the end of the drama “Arang and the Magistrate,” which will air from July.
By Carla Sunwoo