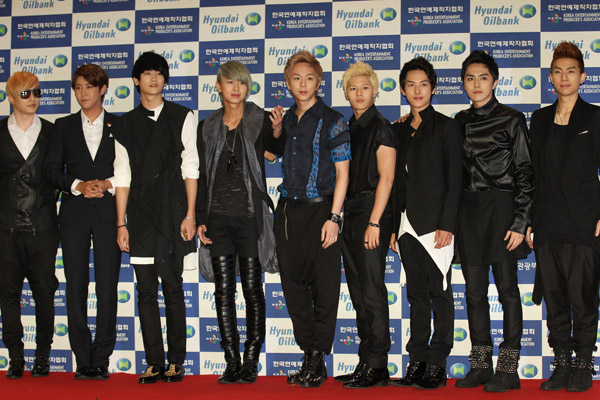 
Boy band ZE:A is back in the spotlight. The band’s agency announced on Friday that ahead of its comeback showcase and album release, the group will hold five free concerts nationwide.

From June 8 until 17, the group will make its way to Daejeon, Incheon, Busan, Daegu and Gwangju.

“The promotion is called the ‘Fighting Project’ and it’s a special treat for the fans to commemorate the band’s comeback after a year off,” the agency said.

The free event was orchestrated so that the band could meet with fans dispersed throughout the country, according to the agency. “The concerts will take place at outdoor venues and will be a great opportunity for the band to meet and greet fans.”

After the promotional event, the band will hold a showcase on June 20 and will release its first official album the following day.

Back in January, members Kevin and Dong-jun took part in the “Star Date with ZE:A in Brazil” during which two South American fans were picked to travel around Brazil with the Hallyu stars.