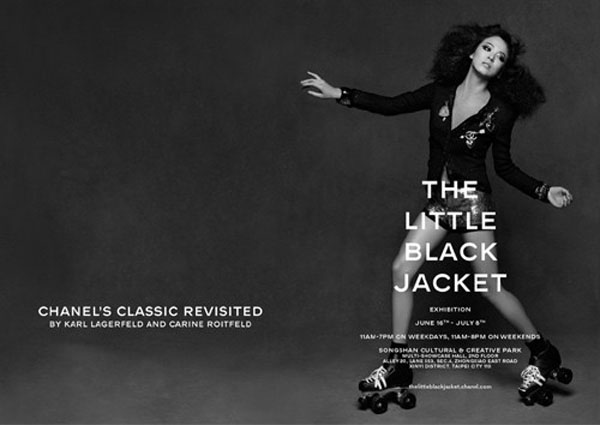 
Actress Song Hye-gyo’s picture taken from the photography book and exhibition of Chanel couture’s “The Little Black Jacket” has been selected by Karl Lagerfeld to be the main poster on display for the exhibition by the same title to be held in Taiwan on June 16.

More than 113 celebrities are featured in the book and exhibition celebrating the brand’s famed black jacket, shot by Lagerfeld himself.
Hollywood stars like Sarah Jessica Parker, Kirsten Dunst and Dakota Fanning are also included in the exhibition.

Song who was in Paris for a runway show back in October took part in the shooting while she was there last year.
The advertisement will also feature in various fashion magazines abroad like Vogue.