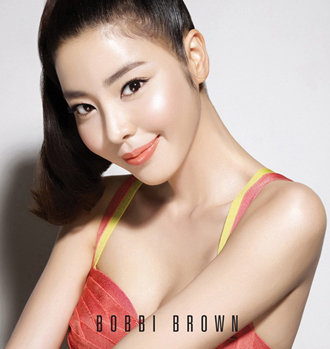 In the picture of the advertisement revealed on May 31, Kim can be seen in a playful salmon-colored attire and wearing a high pony tail, looking glossy and ready for summer.
Netizens praised Kim for her timeless beauty and raved about the new colors as released by the make-up brand and showcased by the star.

The summer campaign advertisements will be published in June editions of various magazines.