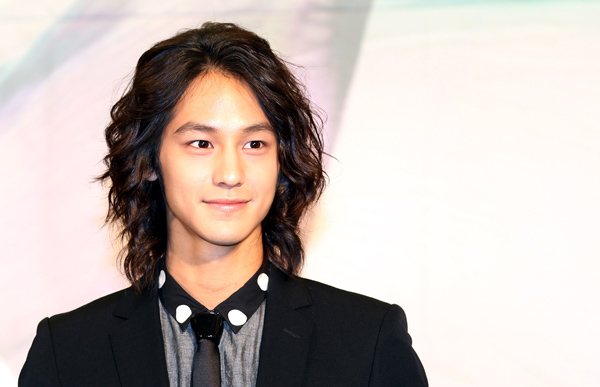 
Hallyu actor Kim Bum has proved his popularity among Chinese fans, after appearing on the cover of “Men’s Uno,” which is distributed in China, Taiwan and Hong Kong. Kim is pictured exuding a macho look and a 1980s hairdo.

Inside the June edition of the magazine there is a four-page spread dedicated to the actor.

HS Media, which publishes the magazine, said Kim’s fame at the moment in China knows no bounds.

“Visually, he’s attractive to the Chinese population. Kim is being flooded with offers from apparel companies as well as other industries that want him to star in their commercials. It’s this popularity that landed him the cover on the magazine,” said an HS spokesperson.

In addition to his good looks, it is the 22-year-old’s acting skills that captivate the Chinese audience, the spokesperson said.

Meanwhile, Kim is wrapping up filming on the crime thriller “Miracle,” in which he plays a suspicious graffiti artist who is a suspect as well as a key figure in solving the mysterious disappearances of children.