Fans snap up TeenTop album in a day

Fans snap up TeenTop album in a day 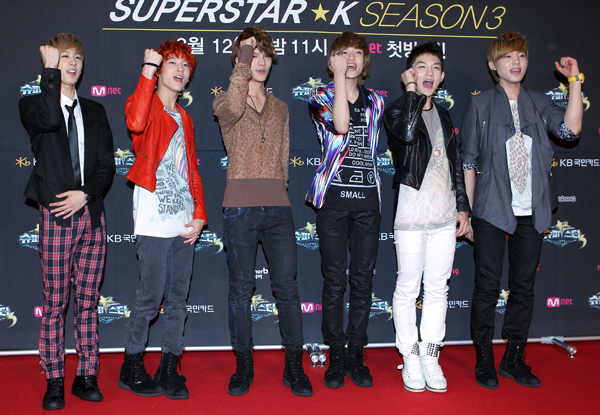 
Boy band Teen Top has sold out its limited edition album in one day. The records were snapped up by fans from more than 19 nations after going on sale on soompi.com, the leading K-pop Web site, on Saturday.

According to TOP Media, the records were most popular in Chile and Peru, showing the influence of K-pop in South America.

“Many fans who missed out on the limited edition album were devastated and kept e-mailing us. Due to continuous demand from fans, there may be a release of repackaged albums,” said a Web site representative.

The six-member boy band recently released a new song titled “To You” and is back in the spotlight with some new dance moves called “The Cube Dance” and “The Rabbit Dance.”

Earlier in the year, the boy band was capsulated in a scandal when its second EP was leaked and distributed illegally online just four hours before its release time.