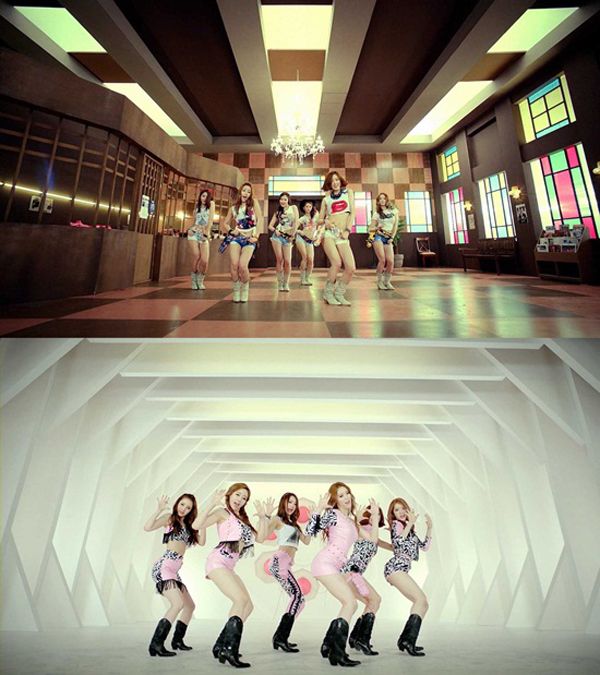 Girl group Dal Shabet held a showcase on June 5 to mark the launch of its first album “Bang Bang.”
The festivities got underway at CGV M Cube in Cheongdam-dong, southern Seoul.

While the girl group has released EPs in the past, this is the first time that the group has launched a regular studio album.

New member Woo-hee joined the band on stage while Viki, who announced her resignation in late May, was nowhere to be seen. Woo-hee was recruited just one day after Viki announced that she’d leave the group for a solo career.
Member Serri was announced to be the leader, taking Viki’s place.

“New member Woo-hee is like Ah-young and Ji-yul [other members of the group]. She was born in 1991. She is currently on a leave of absence from the Dong-Ah Institute of Media and Arts,” a representative from the group’s agency said.