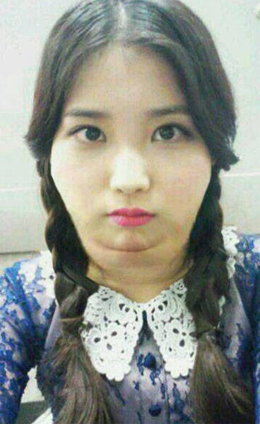 T-ara’s Ji-yeon has shown her playful side by making fun of her close friend and singer IU.
On June 5, Ji-yeon uploaded a parody shot of IU with a double chin and added, “You should put on some weight Ji-eun. See, you look much better” (Ji-eun is IU’s real name).

Fans were highly amused by Ji-yeon’s antics and were quick to comment that the two must be quite close.