Kahi to ‘graduate’ from After School

Kahi to ‘graduate’ from After School 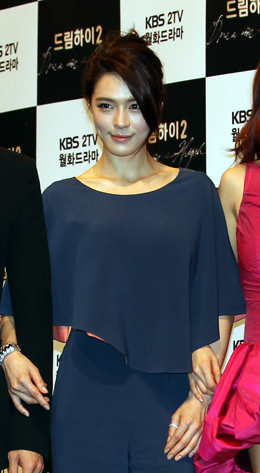 After School’s leader and vocalist Kahi is set to leave the girl group to pursue a solo career.

Pledis Entertainment announced Tuesday that Kahi will perform with the group June 17 in Japan and help promote the band there until September, then go her separate way. The agency said that Kahi is not leaving After School but rather “graduating.”

“The group will release a new single on June 21 and Kahi did not take part in it at all,” said a Pledis spokesperson.

Despite the fact that she will no longer be a part of the girl group, Kahi will stay with the entertainment agency.

After School made its debut in 2009 and has a unique system of “enrollment” and “graduation” for the frequent arrivals and departures of band members. A new girl has already been “enrolled” to replace Kahi.

The newest addition is 17-year-old Ga-eun, who was picked back in April not only for her dancing and singing skills, but also because she speaks Japanese.