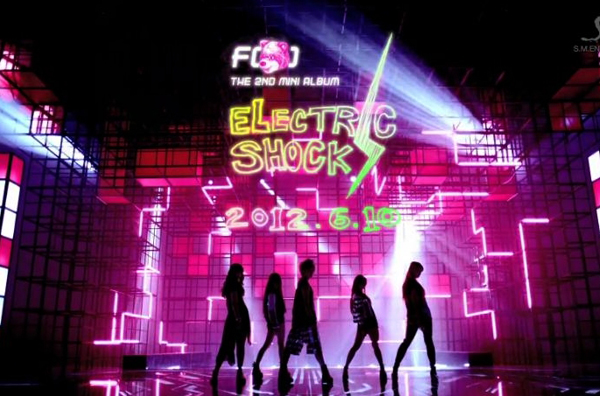 
K-pop girl group f(x) made a successful return over the weekend as songs from their new album, “Electric Shock,” topped the online charts.

The five-member girl group released their second mini album online at midnight Saturday and the title song, “Electric Shock,” immediately went to the top of the charts, including Melon, Soribada, Bugs, Olleh Music and Naver Music.

The group, consisting of Victoria, Amber, Luna, Sulli and Krystal, is making a comeback after not releasing an album since the mini album “Hot Summer” in June 2011.

“Electric Shock” is a dance track with lyrics that compare electrical shock to the feeling of falling in love.

“The song is very fresh and has its own color of f(x),” their agency, SM Entertainment, said. “Fans can have big expectations.”

The quintet has been drawing a lot of pre-release attention with teaser images of its members wearing animal masks.

The agency said that group will begin their comeback with a Thursday performance on Mnet’s “M Countdown.”