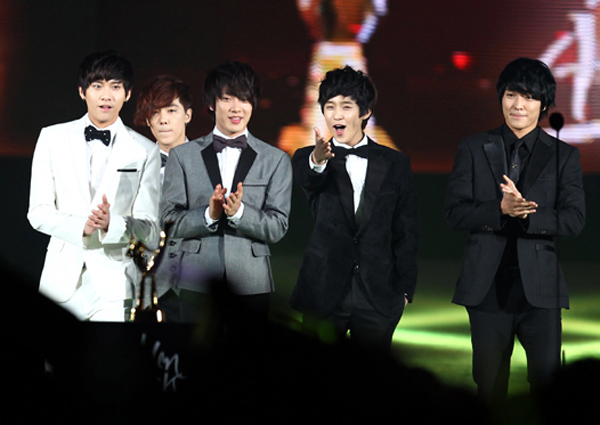 
FT Island played at the Thunder Dome in Bangkok on June 9 to a sold-out crowd of 4,500.
The concert came just two days after the band celebrated its fifth year in the industry, and so the band members made sure that it was a memorable concert for the Thai fans.

The band sang an array of its hit songs to a crowd that sang along in Korean. The fans orchestrated a special event of flinging paper airplanes toward the stage while the band sang the song “I Confess.”

The band is set to tour four cities in Japan from June 24 until July 8 and then to perform in Hong Kong come July.