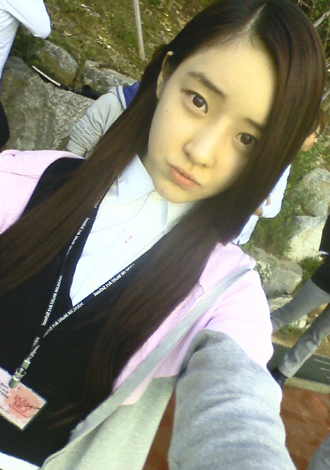 One of the two new additions to the girl group T-ara has been revealed as a 19-year-old high school student who will go by the stage name Areum.

Star News reported yesterday that the eighth member, whose identity was shrouded in secrecy until now, is full of charisma and passion for music despite her young age.

The media outlet also revealed pictures of the baby-faced girl group member, who will join the group from July when it will release a new song.

Areum will also attend T-ara’s official fan meet to be held at Kyunghee University on July 14.

Last month, the identity of the other newbie was revealed: a Korean-American girl by the name of Dani, who was brought up in the United States from age 4.

According to Core Contents Media, both of the new members are around 167 centimeters (5 feet, 5 inches) tall.

The agency announced back in April that it would recruit two more members, taking the total members in the group from seven to nine.