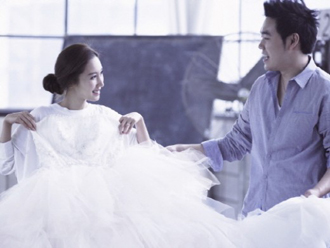 Actress Oh Ju-eun is set to walk down the aisle with comedian and musical actor Moon Young-hyun on June 30.

According to R’s Company - Oh’s agency - the two will hold their wedding at a hotel in southern Seoul after dating for six months.

Despite the short courtship, the two have actually been friends for more than eight years after meeting through mutual acquaintances.

“On dates, Oh would bring along cookies that she had baked, and Moon thought the gifts were so sweet,” said a representative from R’s Company.
The bride-to-be is said to like the groom’s vibrant personality.

“The fact that he is a respectful person and loves kids is touching for Oh,” the agency spokesperson said.

Most importantly, as both are in the entertainment industry, the two were able to cheer each other on during hard times at work.