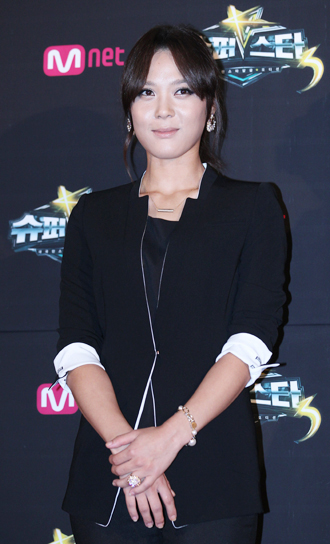 Korea’s best-known female rapper Yoon Mi-rae has made her mark in the U.S. by collaborating with U.S. electronic hip-hop group Far East Movement.
Yoon contributed her rapping skills to the remix version of the song “Live My Life” featured in the group’s album “Dirty Bass,” which was released in May.

And it wasn’t just Yoon who took part in remixing the song sung by Justin Bieber and the Asian-American hip-hop group. Her husband, rapper Tiger JK, also contributed his talents to the track, showing just why the two are called the Beyonce and Jay-Z of Korea.

Back in September, Yoon was also named one of the 12 best new female MCs by MTV Iggy.

Yoon is currently gearing up for another season of “Super Star K.”
Mnet announced last month that Yoon would be one of the show’s three judges in the fourth season, which will start airing on Aug. 17.